Originally from the suburbs of Detroit, Allison graduated from Michigan State University with a degree in Political Science. Allison’s interest in politics began while volunteering on Hillary Clinton’s 2016 campaign. Prior to joining Mothership as a Fellow, Allison worked on Gretchen Whitmer’s campaign for Governor of Michigan. When she’s not working, you can find her scrolling through Instagram, spending time with friends, or trying out new restaurants. 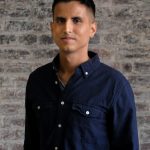