As a founding partner of Mothership Strategies, Jake leads the deployment of cutting-edge email fundraising programs for the firm’s organizational clients. With an eye for design, he specializes in building exceptional brands, logos and websites designed to convert supporters into donors and activists.

Prior to founding Mothership Strategies, Jake developed groundbreaking online tactics at the Democratic Congressional Campaign Committee, used by House campaigns across the country. National Journal reported that his team helped Democrats outraise “their GOP foes by an average of more than $100,000 per candidate in the nation’s top races” in 2014. His work has also been featured in publications including Campaigns and Elections and the Boston Globe.

Jake hails from sunny Los Angeles, California. He graduated from The University of Southern California where he received his Bachelor’s degree in Political Science. When he’s not emailing strangers for money, he’s still brainstorming a witty blurb for this bio. 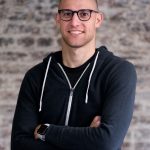 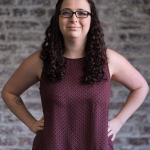